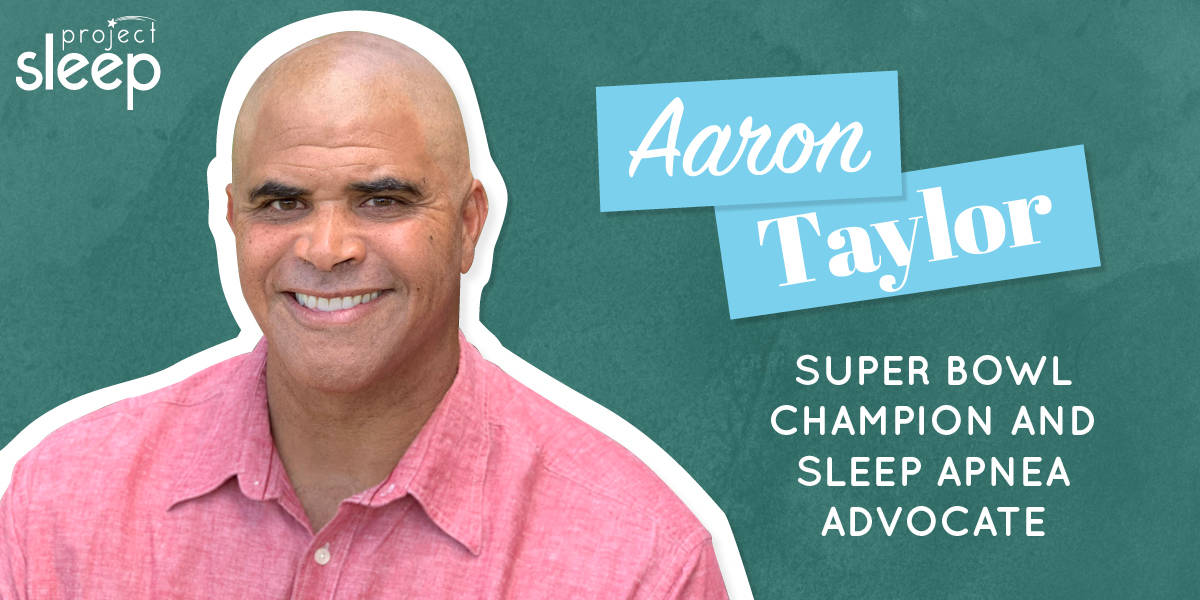 Aaron Taylor: first-team All American and Lombardi Award-winning lineman at the University of Notre Dame, 1994 first-round draft pick for the Green Bay Packers and member of their Super Bowl XXXI championship team, CBS Sports College Football Analyst, and a 2021 inductee to the College Football Hall of Fame. Still, he has one more important title: sleep apnea advocate.

Taylor enjoyed a glowing college career before playing back-to-back Super Bowls with the Packers. He later joined the Chargers, until compounding injuries forced him to retire at age 28. Afterwards, he pursued a teaching degree, but before starting his first teaching job he accepted an opportunity to host at ABC Sports.

All the while, Taylor had been snoring loudly since high school. Over time, he developed a lack of energy that affected his performance on the field and at home. He’d brushed it off until he was forced to face reality; two friends with sleep apnea, including a fellow Packers teammate, died prematurely.

Taylor’s size and strength were beneficial as a top lineman, but it was also a major risk factor for sleep apnea. (According to a Mayo Clinic study, more than 60% of former NFL linemen have sleep apnea.) Thankfully, Taylor’s family encouraged him to take a sleep study. This, he says, was one of the best decisions of his life.

At the end of the day, I wasn’t going to let unhealthy sleep take away the opportunities I have in life to spend precious time with my wife and children,” Taylor said via American Academy of Sleep Medicine.

Taylor ended up teaching after all; in 2013, he partnered with the American Academy of Sleep Medicine (AASM) to teach young football players about the risk alongside sleep apnea and encourage parents, coaches, and school administrators to seek testing and treatment early on. In 2018, he and AASM teamed up again to launch PSAs urging audiences to “Defend Your Sleep.”

He promises it will be more than worth it.

The result has been my kids get their daddy back. My employers get a good employee back.  My wife gets a good husband back.” (Easy Breathe)

As a public speaker, Taylor is generously open about sleep apnea, mental health, and teamwork. He often references a pivotal moment when he almost gave up football in high school:

Somehow, someway, I found a way to get up. And I’ve been getting up every day since. That’s one of the things I’m really beginning to start to appreciate about my journey—all of these Y’s in the road and how important each of them are.” (ND Insider)