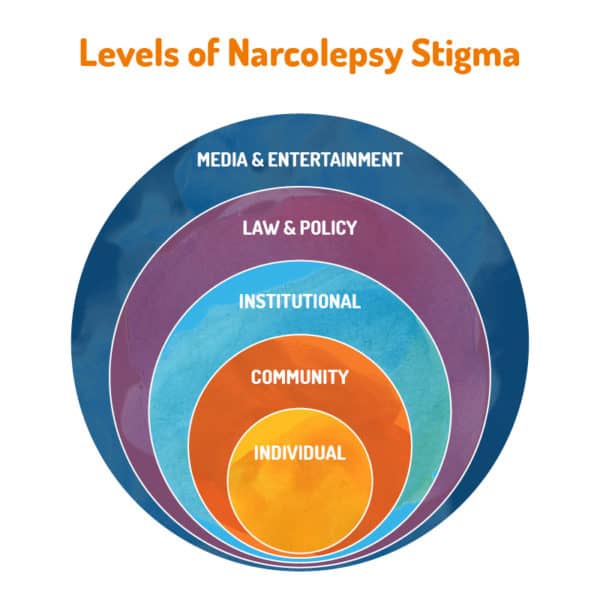 Narcolepsy is a chronic neurological disorder of the sleep-wake cycle that affects about three million people worldwide. However, public understanding of narcolepsy is limited, with media portrayals associating narcolepsy with comical sleepiness rather than a medical condition. As a result, people with narcolepsy often face stigma and isolation. Likewise, misconceptions and low awareness perpetuate delays in proper detection and diagnosis.

At the same time, communicating about narcolepsy can be challenging. Many aspects of living with narcolepsy are invisible to peers, family, teachers and even medical professionals.

To improve public understanding of narcolepsy, Project Sleep’s Rising Voices of Narcolepsy program trains people with narcolepsy to effectively raise awareness through public speaking. Graduates are equipped to share their stories with healthcare providers, universities, local communities, news outlets, blogs and beyond. Rising Voices of Narcolepsy combines the power of authentic storytelling with expert communication strategies to raise awareness and reduce stigma for all those facing narcolepsy. 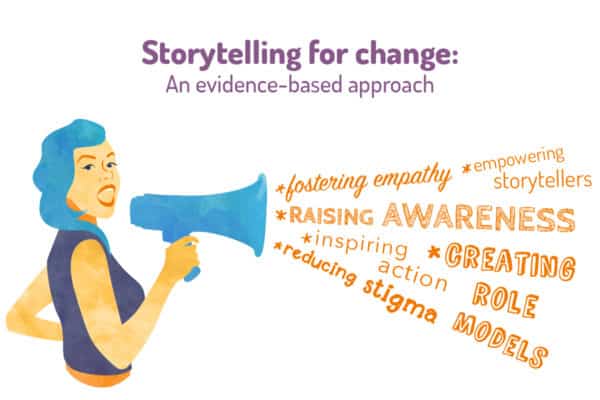 Audiences are much more likely to empathize and retain information when it is delivered by someone with lived experience, giving a real “face” to medical terminology and statistics. Moreover, for those with “invisible illnesses” like narcolepsy, sharing one’s story is a powerful way to find connection, validation and understanding. 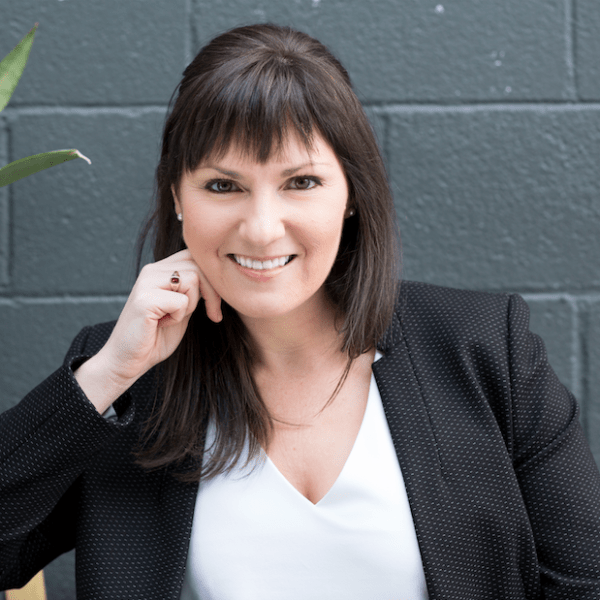 Julie is the President & CEO of Project Sleep, a narcolepsy spokesperson, award-winning author and runner diagnosed with narcolepsy with cataplexy in 2007. Julie received her B.A. from Brown University in 2005 and her J.D. from Boston College Law School in 2009. In 2013, her book, “Wide Awake and Dreaming: A Memoir of Narcolepsy,” won the First Prize Biography/Autobiography Award at the San Francisco Book Festival. Her story has been featured by Marie Claire, ABC, CBS, NBC, Sirius XM Radio, Psychology Today, Huffington Post and Discovery Channel. Julie speaks about narcolepsy around the world to researchers, doctors, nurses, college and medical school students. She is the creator of the international NARCOLEPSY: NOT ALONE campaign and the co-founder of the first-ever national scholarship for students with narcolepsy, the Jack & Julie Narcolepsy Scholarship. In addition to running Project Sleep (her dream job), she lives and works full-time in Los Angeles. 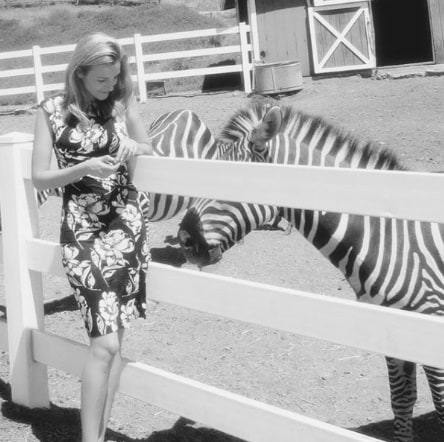 Rebecca is a health communication consultant who works to bridge the gaps between researchers, patients, physicians, policymakers and the media. She received a B.S. in environmental and biological sciences from Cornell University, graduating Magna Cum Laude and with Distinction in Research. She then transitioned into the policy, communications and advocacy side of science when she obtained a Master of Public Health degree from U.C. Berkeley. While in graduate school, Rebecca was awarded the Center for Health Leadership Fellowship in which she completed an intensive 18-month leadership development program. Leveraging this background, she has written op-eds (published in outlets like The Huffington Post, The Hill and The Oakland Tribune) as well as press releases, grant proposals, and educational materials for many nonprofit organizations, academic research centers, and companies in the health sector. 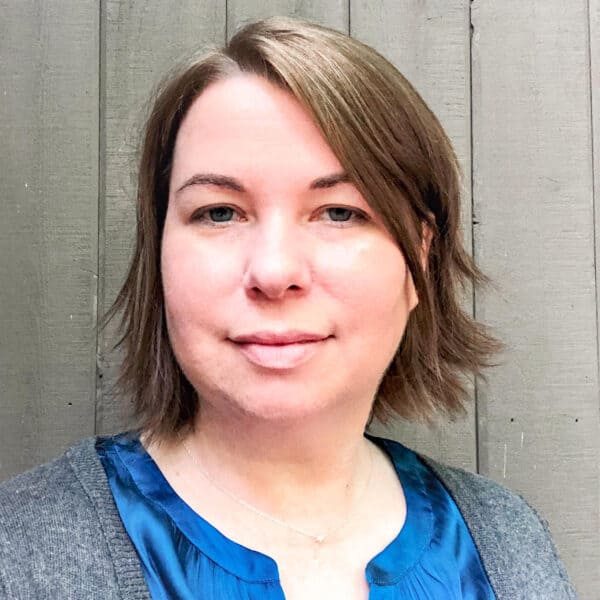 Lauren Oglesby is a public health educator and advocate, with personal and professional experience in invisible disability communities. She coordinates the Rising Voices of Narcolepsy program and provides training and feedback to participants. She lives in Central Virginia with her family. 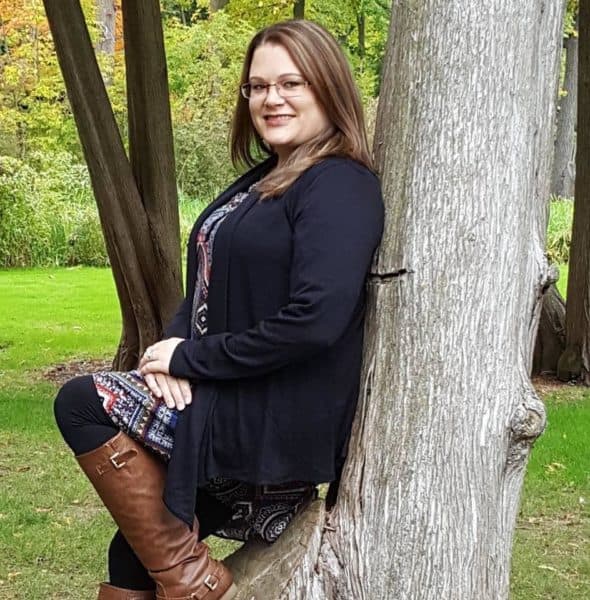 Shannon Burkoth is a Rising Voices of Narcolepsy trained speaker and our RVN Program Mentor. She has a background in healthcare and business and lives in Wisconsin with her husband and teenage daughter. She was diagnosed with narcolepsy and cataplexy in 2010.

Our Speakers Present At: 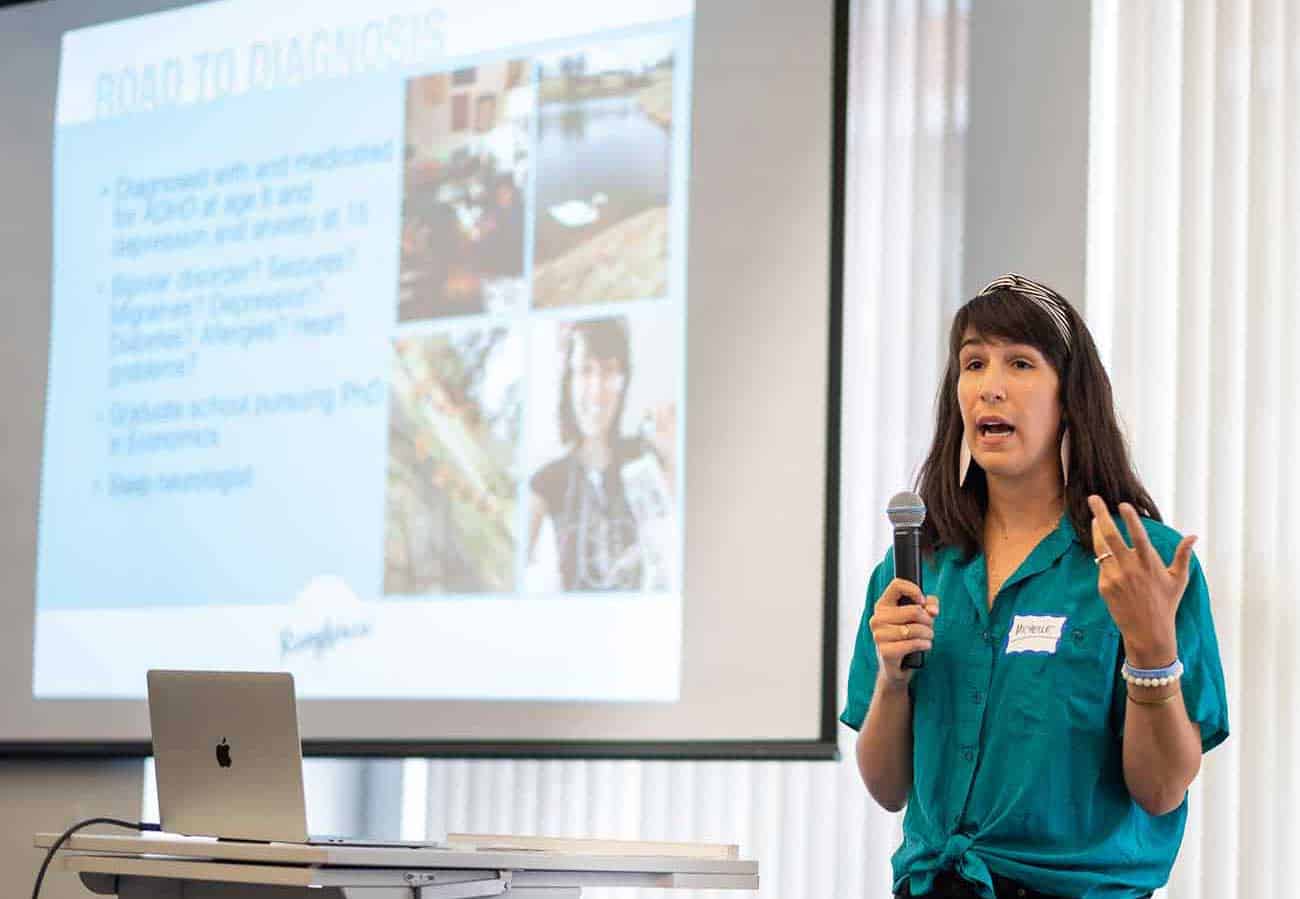 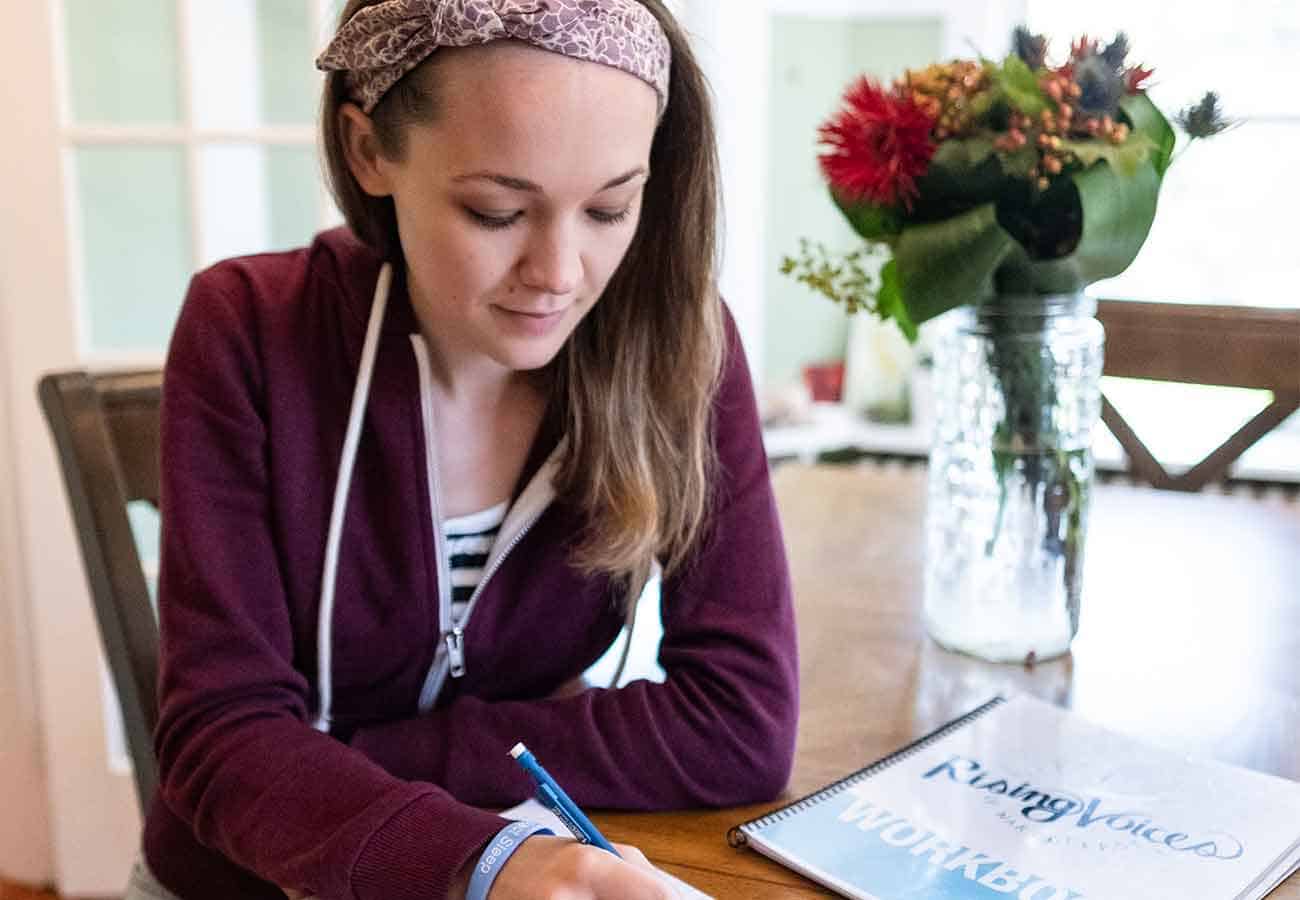 Our Advocates Publish In:

We are fostering a new generation of patient-advocates spreading awareness and reducing stigma. 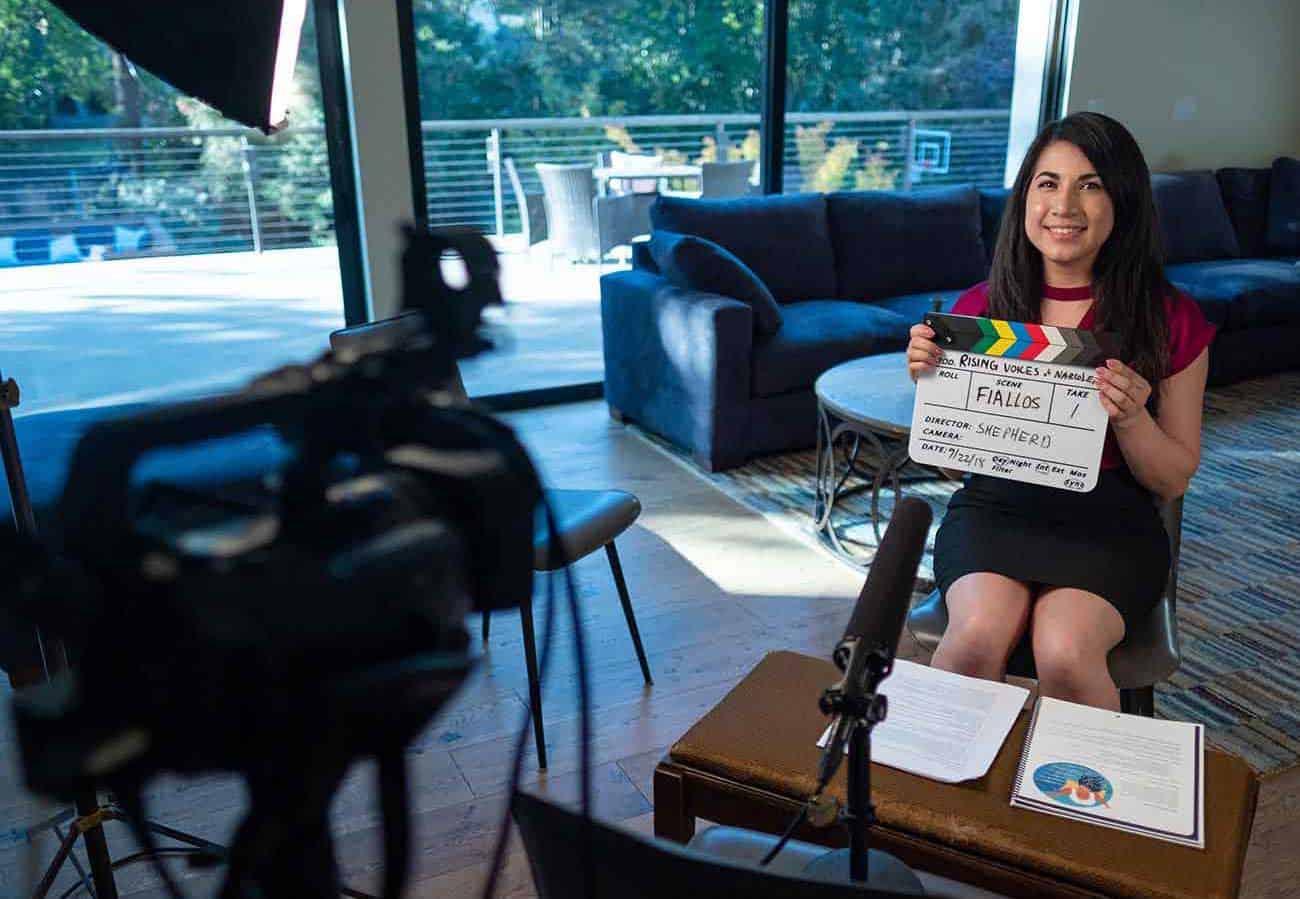 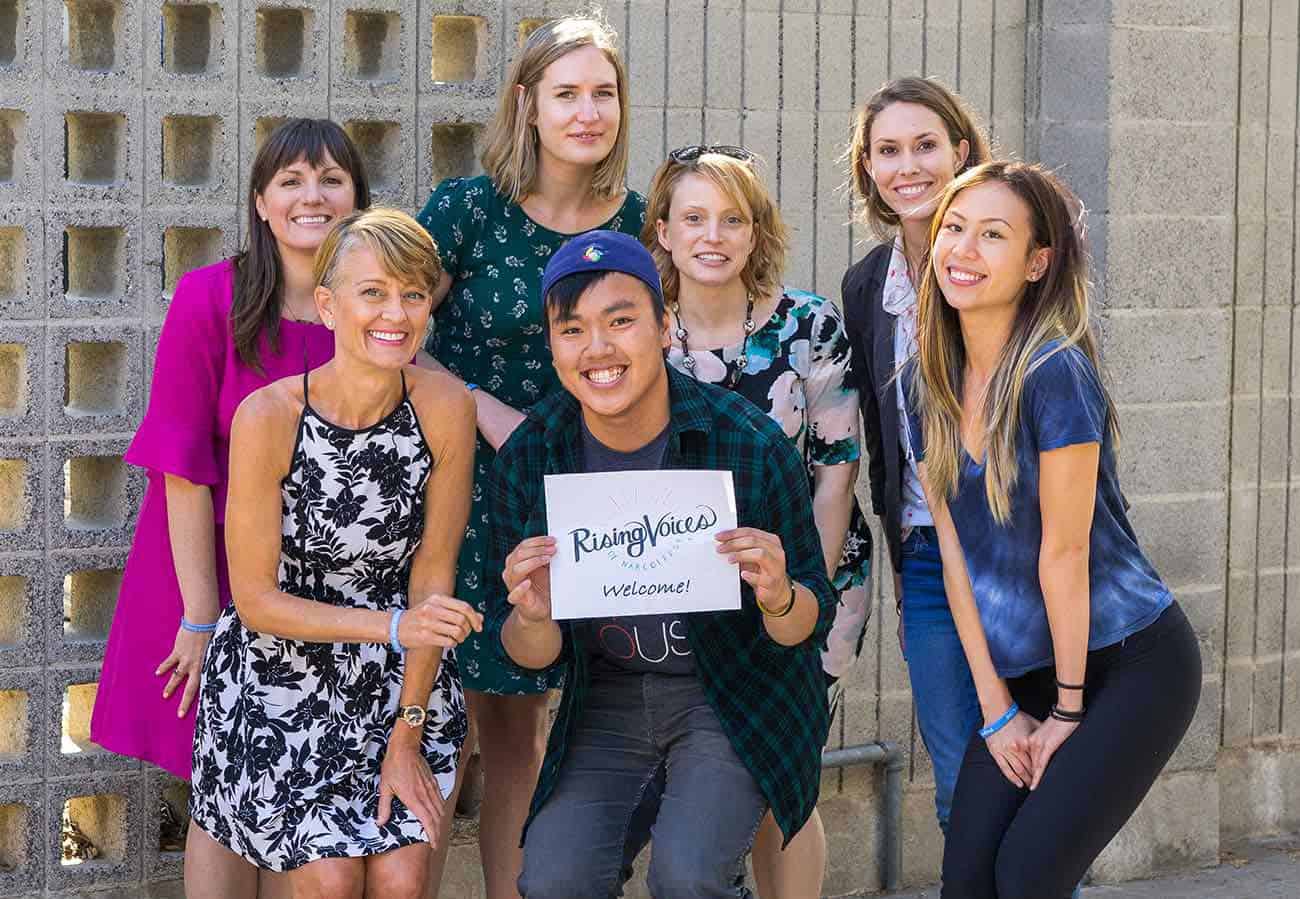 Our advocates not only gain valuable communication skills but also build confidence as individuals with unique and important stories to share.

This video series brings five of our speakers’ powerful journeys into the comfort of your home, reaching people around the world. Watch and share the full series.

Watch a Rising Voices speaker or writer present their story live on Sundays, followed by questions from the audience. Watch and share the full series. 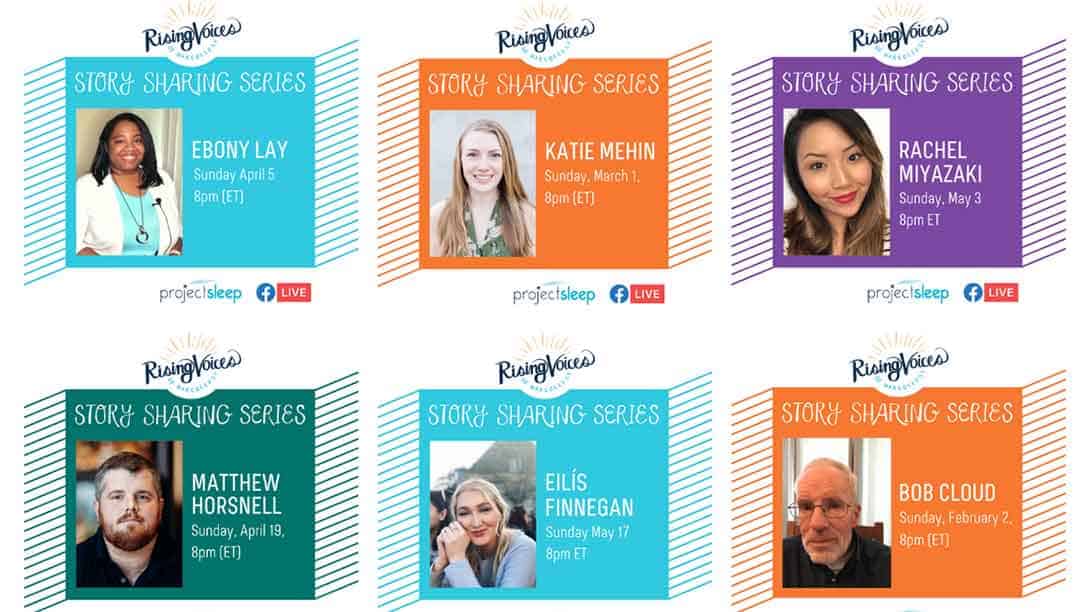 From top medical schools to trusted online publications and podcasts, these are a few examples of our Rising Voices patient advocates hard at work out raising critical awareness in the their communities. 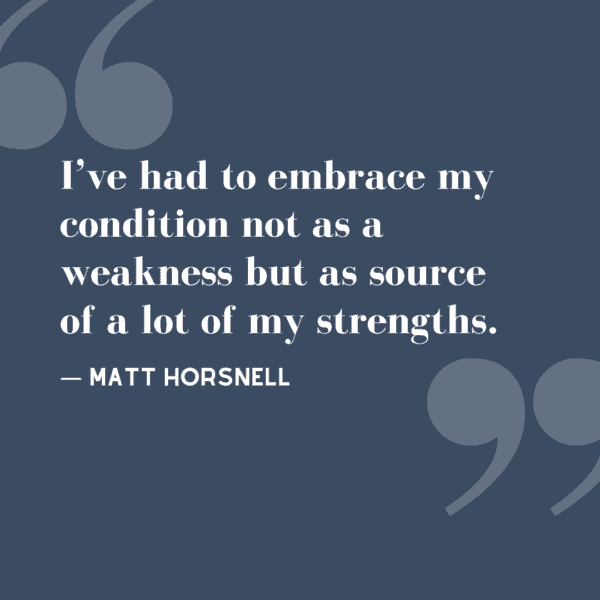 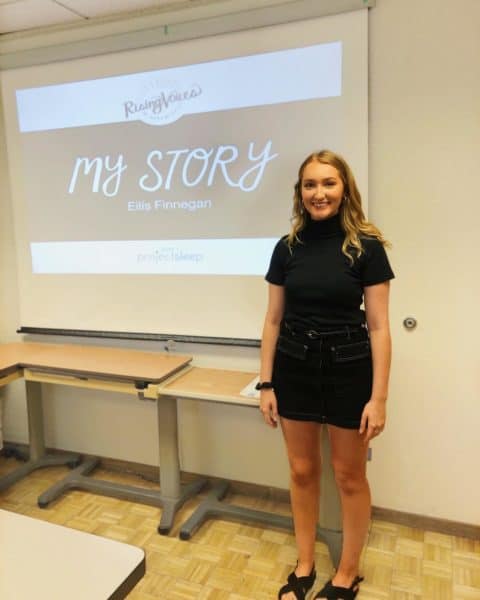 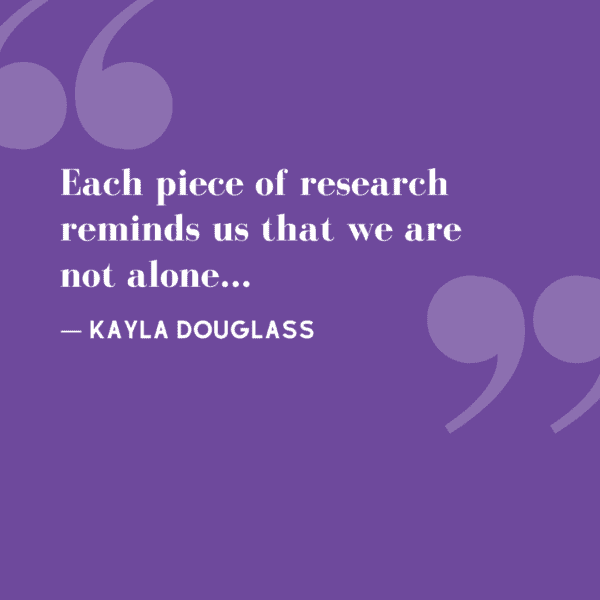 Kayla Douglass on the Personal Impact of Narcolepsy Research 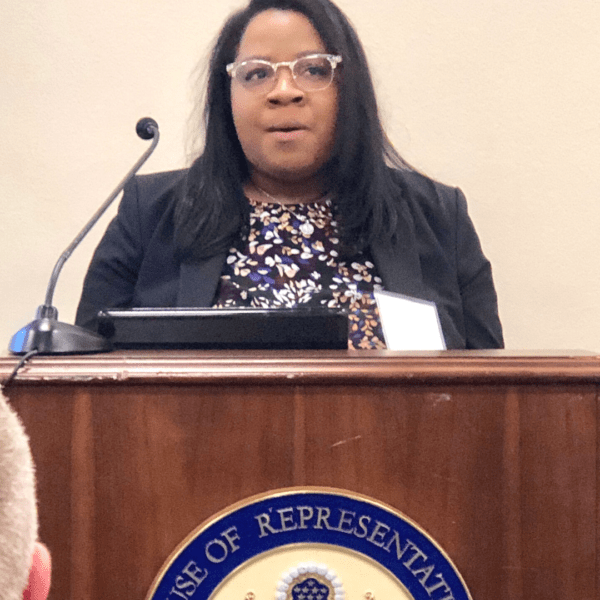 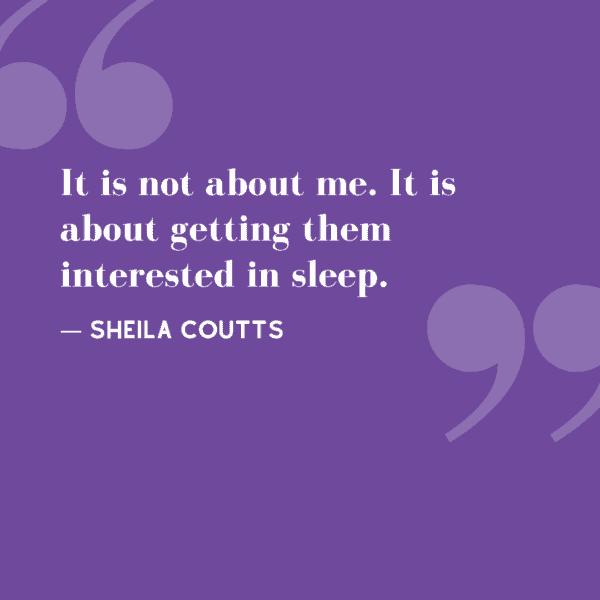 Sheila Coutts’s Interview in The Signal 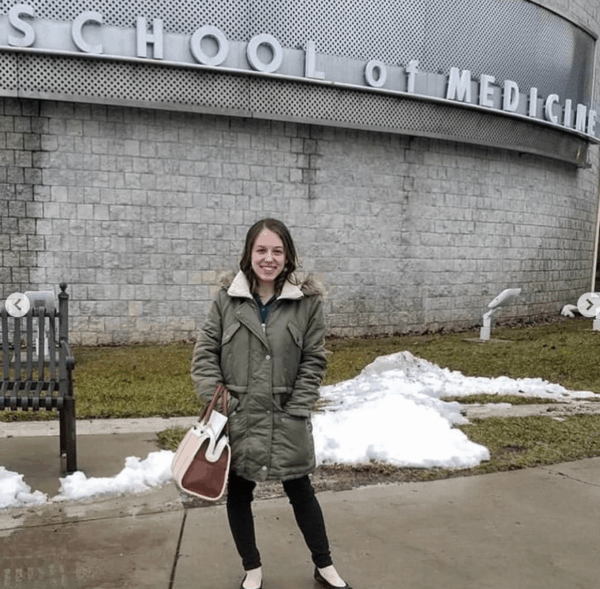 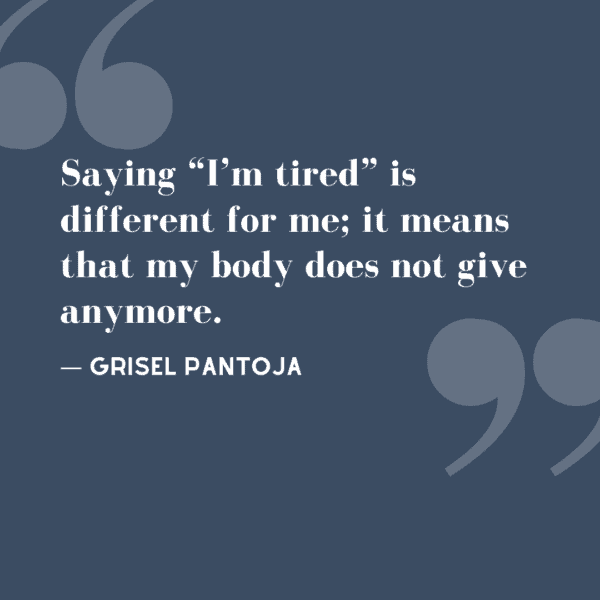 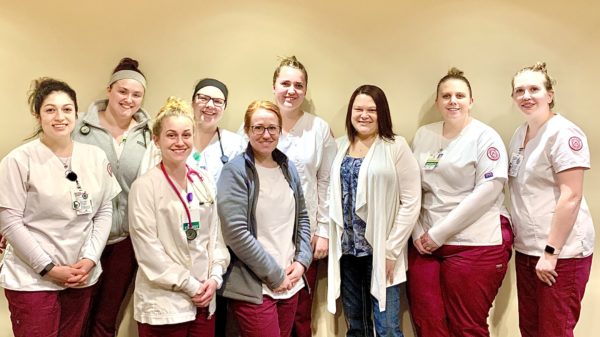 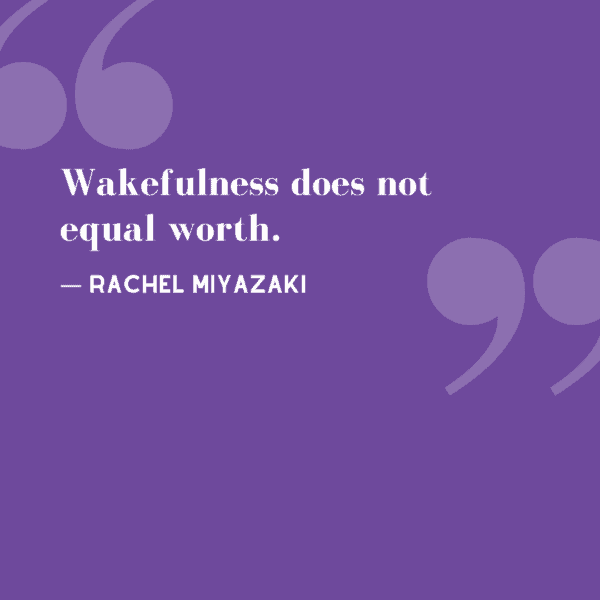 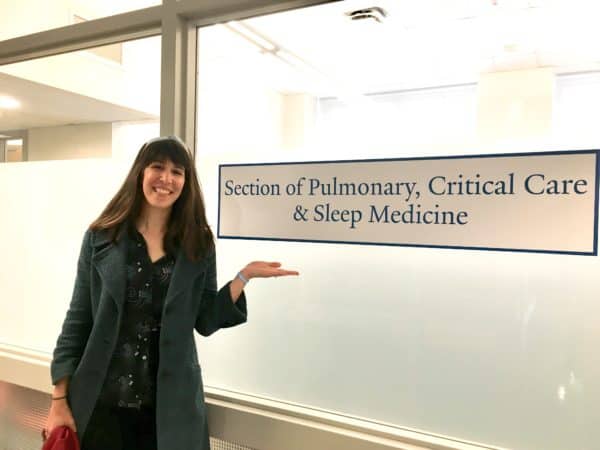 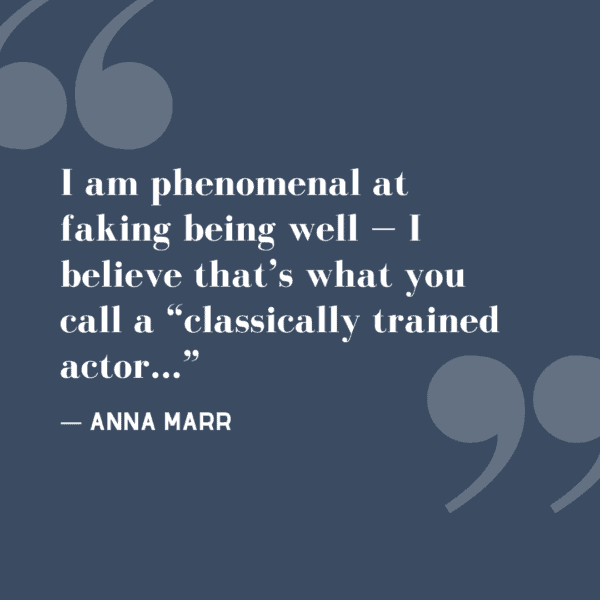 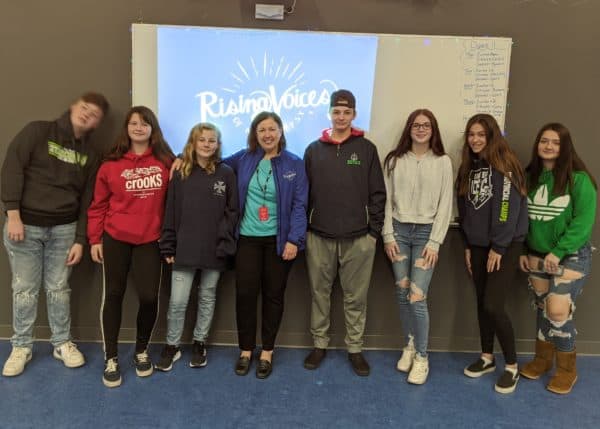 “Open and informative. She made a connection between the statistics and her personal life (made it that much more impacting).”

“I liked the personal feel to it. It wasn’t a generic presentation overloaded with statistics.”

“The best part was learning what lifestyle for patients with narcolepsy can actually look like.”

“Narcolepsy is more than falling asleep throughout the day. The other symptoms, such as hallucinations, surprised me.”

“I liked the fact that it was presented by someone who has narcolepsy. It made it easier to listen to.”

“It was relatable because it was presented by a former medical school student.” 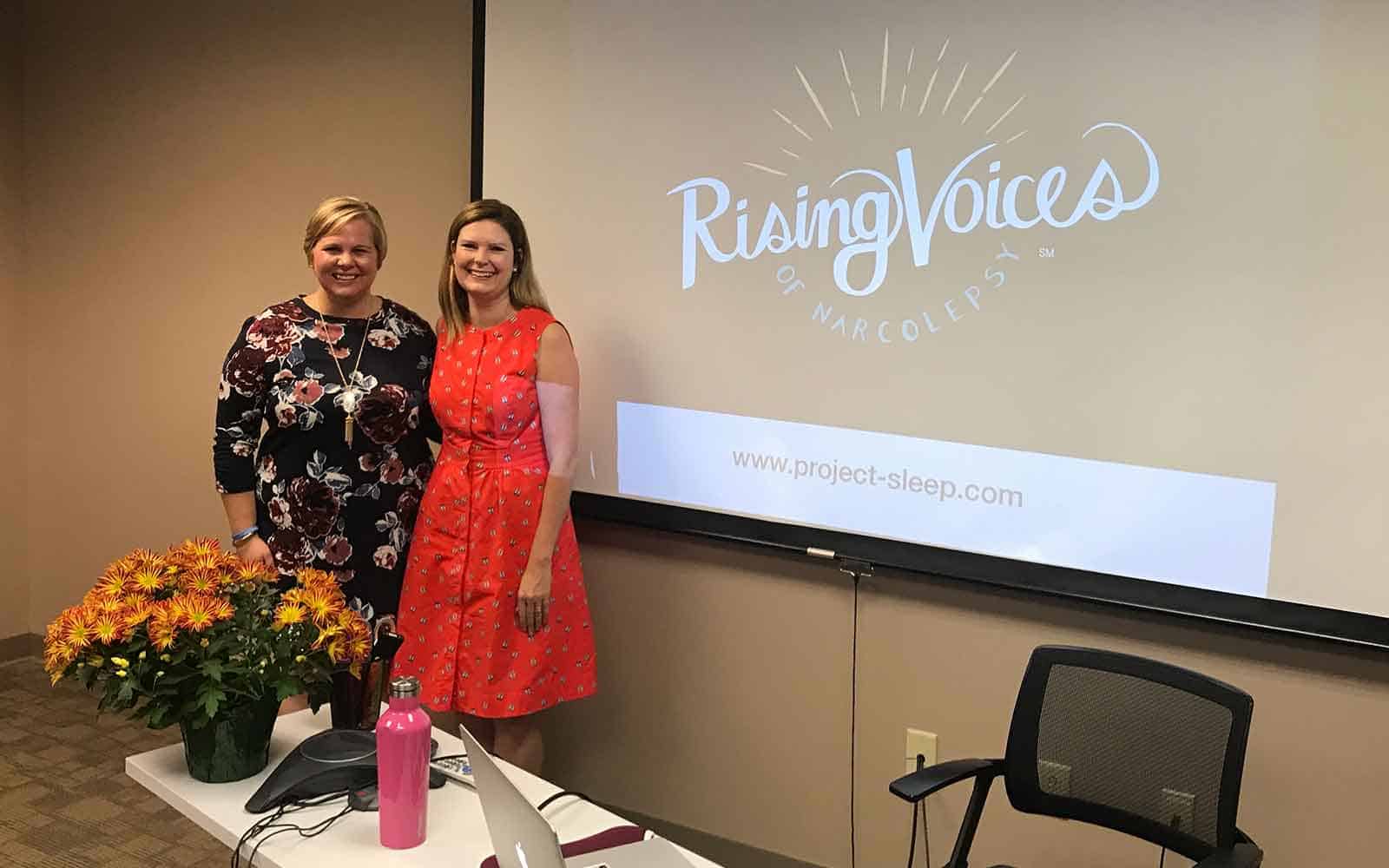 Would you like a Rising Voices trained speaker to present at your event? Our speakers are prepared to deliver a 20-35 minute presentation based their personal story, weaving in key narcolepsy facts. Available in English, Spanish, and French. Please submit a request form, and we will reply within a week. 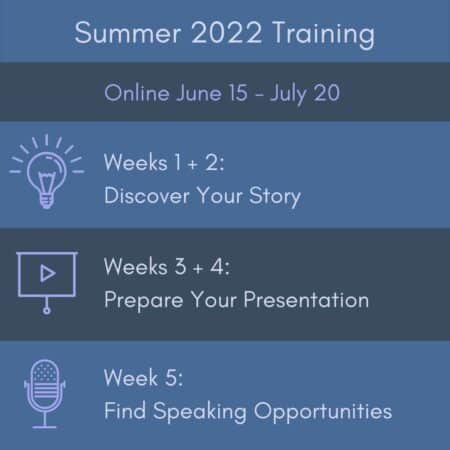 Thank you for your interest in Rising Voices! This leadership program trains people with narcolepsy and other sleep disorders to effectively raise awareness through public speaking. Graduates are equipped to share their stories with healthcare providers, universities, local communities, news outlets, blogs, and beyond. Rising Voices combines the power of authentic storytelling with expert communication strategies to raise awareness and reduce stigma. There is a $75 tuition fee to enroll in the program. We welcome all applicants regardless of ability to pay. A reduced tuition fee is available.

Here are seven ways you can get involved

“I knew I wanted to raise awareness but I was having difficulty narrowing down my story. The Rising Voices of Narcolepsy program provided exactly the framework I needed, now my audiences are intrigued and fascinated by my speech. RVN also gave me a platform and  credibility as a speaker and advocate, which makes it easy to book events.” 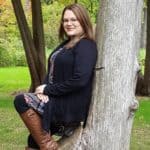 “The Rising Voices of Narcolepsy program provided foundational storytelling skills, making me a more confident advocate for people with narcolepsy.” 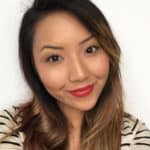 Rachel Miyazaki
RVN Writing Graduate 2018
“I was hesitant to apply for the Rising Voices of Narcolepsy program because public speaking was out of my comfort zone, but I knew I wanted to be a voice for others to spread awareness. After giving four presentations, this experience has been so surreal! I am confident and I strongly feel that I am sharing an important message.” 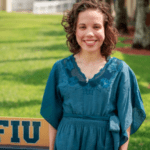