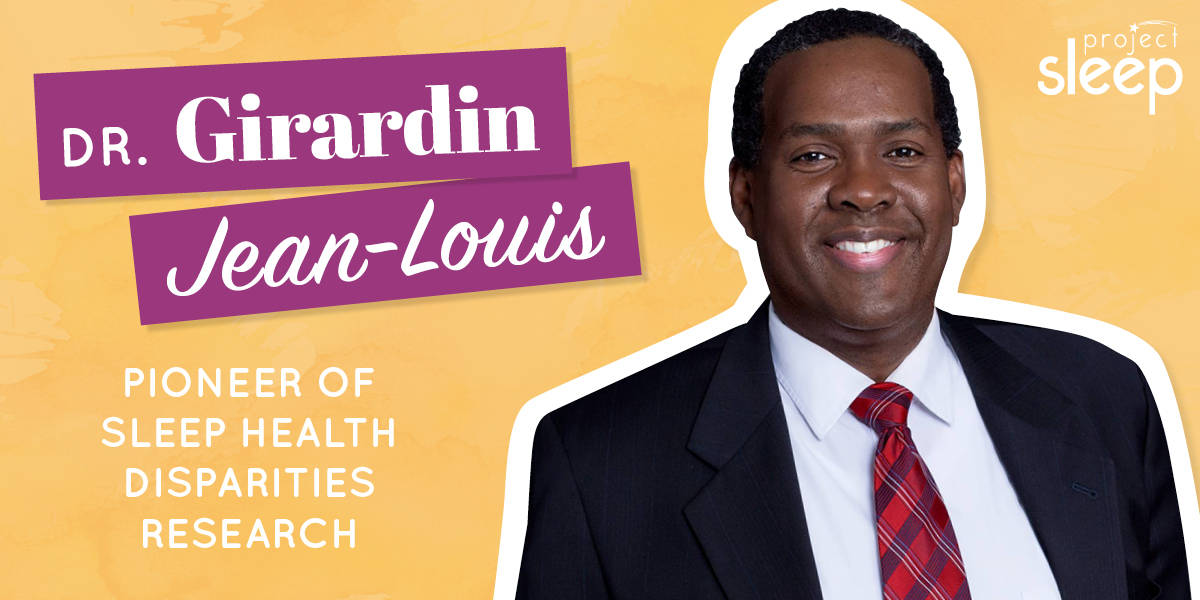 Girardin Jean-Louis, PhD, is a Professor of Population Health and Psychiatry at NYU Langone Health in New York. He was the lead author on the first-ever publication on sleep health disparities in 2000. Today, Dr. Jean-Louis also serves as Director of the National Health Institute (NIH)-funded Program to Increase Diversity in Behavioral Medicine and Sleep Disorders Research (PRIDE). Through his involvement in many important NIH-funded studies, his award-winning work has led to hundreds of publications on topics like sleep, aging, and health equity. Guiding Dr. Jean-Louis’ work is the theory that sleep disorders are a significant contributor to racial health gaps in the U.S.

Early in his career, fueled by growing evidence that Black Americans were getting poorer sleep and at higher risk for sleep disorders, Dr. Jean-Louis transitioned from lab-based work at University of California San Diego to community-engaged research at SUNY Downstate in Brooklyn.

“You have got to be in the community where you are actually touching people’s lives,” he says. “To me, this is more rewarding.” (The Atlantic)

A hallmark of Dr. Jean-Louis’s work is community-based and solution-focused health education. He talks to people in barbershops, churches, and community centers about sleep apnea and sleep health. He attends local health fairs, trains “sleep educators” in the community, and takes the first few minutes of appointments with patients to chat about their lives.

“You can’t just show up with a clipboard and ask questions,” he says.

Dr. Jean-Louis’ current research aims to identify barriers to diagnosis and treatment of sleep-related conditions among underserved communities, as well as to engage actors at all levels—from patients to providers to community leaders—in promoting health literacy in their communities. Through linking community health promotion to the healthcare system, Dr. Jean-Louis continues to play an influential role in meeting the nation’s growing need to increase health equity in marginalized communities.