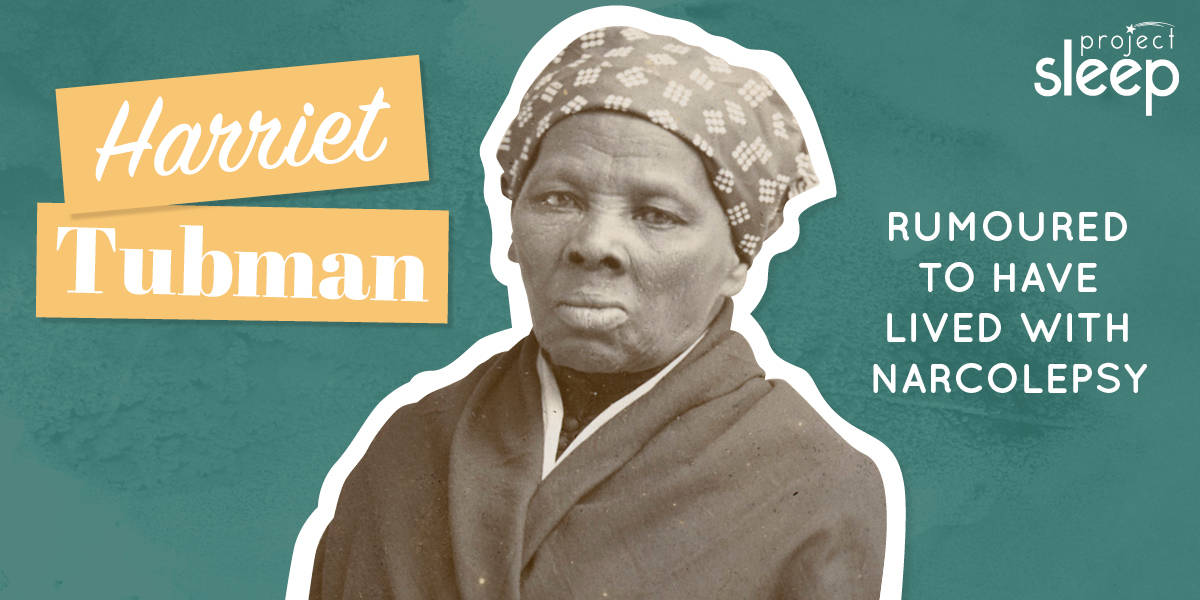 Did Harriet Tubman have narcolepsy?

Harriet Tubman, born into slavery around 1820 in Maryland and known as the “Moses of her people,” was a lifelong humanitarian & civil rights activist. She’s renowned for leading hundreds of enslaved people to freedom via the Underground Railroad, as well as for being a Union Army spy and, later, suffragette. You may not know, though, that Tubman had a disability.

While scholars debate her exact medical condition, they all reference one event: When Tubman was only around 12 years old, she intervened to protect an overseer from punishing an escaped enslaved boy. The overseer threw a 2-lb weight at the boy—but it struck Harriet instead.

It was long before she recovered from this, and it has left her subject to a sort of stupor or lethargy at times; coming upon her in the midst of conversation, or whatever she may be doing, and throwing her into a deep slumber, from which she will presently rouse herself, and go on with her conversation or work.”

—Authorized Biography, Harriet, the Moses of Her People

To many historians, journalists, and disability activists, the “lethargy” and bouts of “deep slumber” whilst doing an activity sound like narcolepsy. Womenshistory.org claims the blow to the head caused “a lifetime of severe headaches and narcolepsy;” the Washington Post states she had “seizures —‘sleeping spells’—for the rest of her life.”

Narcolepsy is a chronic neurological condition that impairs the brain’s ability to regulate the sleep-wake cycle. Tubman’s sudden sleep attacks may  have been due to excessive daytime sleepiness, one of the main symptoms of narcolepsy.

Historians also reference “visions” (or “spells” or “vivid dreams,” depending on the source).

… she would wake up from these sleeping spells having had visions—visions that she reported came directly from God that would tell her what to do and where to go.”

Some believe these match another narcolepsy symptom: vivid hallucinations that occur upon falling asleep or waking up.

So, did Harriet Tubman have narcolepsy? Impossible to say for sure.

Was it an injury from childhood?… Or was it the onset of narcolepsy, epilepsy? We have no medical records, we have no knowledge.”

Interestingly, the term “narcolepsy” was first used in France around the time of Harriet’s injury.

Exact medical diagnosis aside, Tubman is an American hero & brave leader embraced by many people with disabilities. The Harriet Tubman Collective, a group of Black disability activists, dedicates itself to maintaining her legacy as a Black disabled leader.