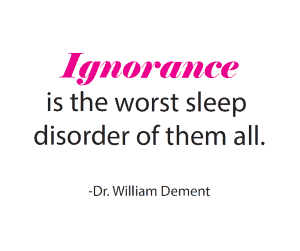 For decades I suffered from what experts say is the worst sleep disorder known to humans, and despite my own education and experience my condition remained undiagnosed until my 40’s.

Up to that point I had considered myself a well-rounded and knowledgeable professional who tries to keep up on the research.  I provide counseling to children and adults, teach at the college level, and conduct continuing education workshops for colleagues.  I am well-familiar with the interplay of physical and mental health, and my recommendations for follow-up have led to the accurate diagnosis of patients’ sleep apnea, thyroid disorder, and celiac disease.

I was professionally and personally embarrassed, therefore, when my own sleep disorder was discovered: Ignorance.

In 2010 my father sent me the book Nurture Shock – a compilation by Po Bronson and Ashley Merryman of under-publicized research on children and parenting.  I was stunned by the chapter on sleep, in particular the research on the later shift in sleep cycle that occurs during puberty and the resulting sleep deprivation incurred by teens with early school start times.  The authors reviewed the association between chronic sleep deprivation and obesity, poorer grades, and auto accidents – and they highlighted the fact that when middle and high schools moved to later the students obtained better sleep and crashed fewer cars, among other benefits.

My first question was: Why didn’t I already know this?

I had no idea that puberty creates a nightly delay in the release of melatonin, and I had no idea how severely sleep-deprived the average adolescent was.  Sure, I asked my teen clients ‘how well’ they slept, but I didn’t think to routinely ask them ‘how much’ they slept or what time their alarm clock was set for the morning.  I thought sleep-deprivation was merely an adult phenomenon, and I was surprised to find that the most sleep-deprived age group in America is adolescents.

My second question was: Why aren’t more people doing anything about this?

I decided to explore sleep further and found that one of the earliest proponents of sleep, Dr. William Dement, was known to say that ignorance is the worst of all sleep disorders – a statement with which most experts agree. Unfortunately in this case ignorance is not bliss, instead it is horribly dangerous and expensive.

Most of us are not aware of how many hours of sleep we should be obtaining each night.  Most of us don’t realize that you cannot fully ‘catch up’ on lost sleep over the weekend.  And most of us have no idea that chronic sleep deprivation has been associated with diabetes, depression, poorer decision-making, compromised immune functioning, more aggressive forms of breast cancer, increased sports injuries, bullying, cardiac disease, brain cell death, and more. 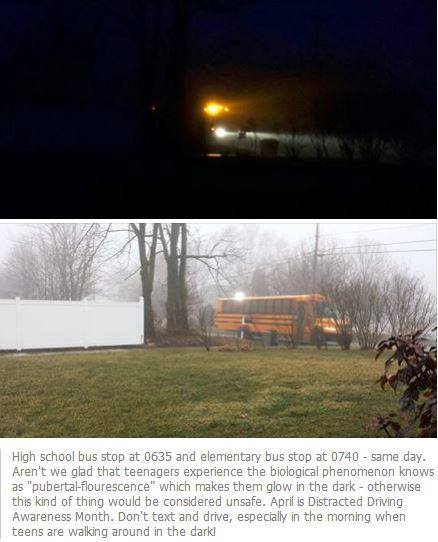 For example, I came across a population study in Sweden that found that working night shift before the age of 20 increases later risk of MS two-fold (Hedstrom et al, 2011), and I found that US high school boys who routinely obtain less than 8 hours of sleep are more likely to carry a weapon onto school property (Hildenbrand et al, 2013).  More and more data is released every month, and the numbers keep getting more and more grim.

I do have the excuse that I was never taught this information during my undergraduate or graduate degrees.  Data on the pubertal phase delay was published in the early 90’s in the types of scholarly journals that are only read by a select few, and we know that it takes a long time for scholarly research to become established into textbooks.  However given the fact that the data on sleep is now being published by mainstream media, we will soon no longer have the excuse of ignorance.

Ignorance is a sleep disorder with a universal cure. We can all help fight this and other sleep disorders, and in the process prevent many illnesses and injuries, simply by educating ourselves and others.  Look through the data provided on the excellent websites of Project Sleep, the National Sleep Foundation, or Start School Later.  Talk to your doctor, talk to your friends, ask for healthy school start times, and most of all make sleep a priority. 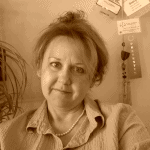 About the author: Stacy Simera, MSSA, LISW-S, SAP is an independently licensed social worker and certified Substance Abuse Professional.  She is Chair of the Sleep Committee for the Ohio Adolescent Health Partnership, serves on the Executive Board of the national non-profit Start School Later, and was cited in an editorial in the British journal Education and Health: “Sleepless in America: School Start Times.”