After putting the brakes on offensive ad, Honda works with narcolepsy community to produce PSA promoting awareness of the disorder

LOS ANGELES — Honda Motor Co. has released the public service announcement (PSA) below about narcolepsy, a neurological sleep disorder. This follows Honda’s removal of a commercial featuring an offensive stereotype about narcolepsy in June. After that debacle, Honda reached out to Julie Flygare, narcolepsy spokesperson and Founder of Project Sleep, to create a PSA that corrects misconceptions perpetuated by inaccurate portrayals of the disorder in the media. The 30-second PSA, which will air both on television and online, features Flygare describing the actual symptoms faced by the 3 million real people worldwide living with narcolepsy.

On June 22, 2014, Flygare started a Change.org petition for Honda to remove the “Synth and Seattleites” commercial that was released on Honda’s YouTube page on June 19 (and was scheduled to begin airing on television the following week). The advertisement presented a montage of young consumers asking about the features of the new 2015 Honda Fit. One of the consumers says, “I suffer from a condition called narcoleps…” and then falls asleep mid-sentence while standing. The Honda spokesperson responds, “You shouldn’t be driving.” In reality, it is not common for people with narcolepsy to fall asleep mid-sentence while standing. Many people diagnosed with narcolepsy are receiving treatment under the care of a board-certified sleep specialist and are driving cars safely and legally.

The petition gained momentum quickly, with medical doctors, Honda employees, Honda consumers, narcolepsy organizations, narcolepsy patients and loved ones all quickly joining the effort. With over 2,100 petition signatures in less than 36 hours and extensive social media outcry, Honda quickly pulled the advertisement on June 23, 2014 and issued an apology to the narcolepsy community. Honda then decided to produce a PSA, collaboratively with Flygare and Project Sleep, to promote narcolepsy awareness and correct common misconceptions (like that displayed in the original ad).

Due, in part, to inaccurate or humorous portrayals of narcolepsy in television and movies (such as in “Rat Race” and ABC’s ”Modern Family”), people with narcolepsy are subject to bullying, ridicule and discrimination in the classroom and the workplace.  These misunderstandings also contribute to delayed diagnoses, with individuals experiencing symptoms for an average of 3 to 5 years before receiving an accurate diagnosis (though 10 to 15 year delays are not uncommon).

Narcolepsy is a neurological sleep disorder affecting 1 every in 2,000 people, including many children. The real symptoms include excessive sleepiness (usually invisible to outsiders), cataplexy (a loss of muscle tone with emotions resulting in knee buckle or collapse), frightening hallucinations and sleep paralysis.

“People with narcolepsy are no longer hiding, but standing tall and proud to raise awareness and speed proper diagnosis and treatment for others,” states Flygare. “Partnering with Honda to reverse misconceptions has been a dream come true.”

“While Honda’s initial commercial misrepresented what narcolepsy patients endure, the resulting PSA demonstrates how organizations like Project Sleep can empower the patient’s voice in our national dialogue” says Dr. Sairam Parthasarathy, Director of the Center for Sleep Disorders and Associate Professor of Medicine at the University of Arizona. “Kudos to both Project Sleep and Honda for raising public awareness of narcolepsy.”

Project Sleep’s NARCOLEPSY: NOT ALONE™ campaign attacks misconceptions by revealing the real faces of narcolepsy. This stunning photo series contains over 1,100 photos from all 50 U.S. States and 42 countries around the world, proving narcolepsy is real and that those living with this disorder are not alone.

About Project Sleep:
Project Sleep is a non-profit organization dedicated to raising awareness about sleep health and sleep disorders. The organization’s feature programs include the signature SLEEP WALK national event series and the NARCOLEPSY: NOT ALONE™ campaign. www.project-sleep.com

About Julie Flygare, JD:
Julie Flygare, JD is the founder of Project Sleep, a leading narcolepsy spokesperson, published author, and blogger diagnosed with narcolepsy and cataplexy in 2007. She received her Bachelor of Arts Degree from Brown University in 2005 and her Juris Doctor from Boston College Law School in 2009. She is the award-winning author of “Wide Awake and Dreaming: A Memoir of Narcolepsy”. www.julieflygare.com 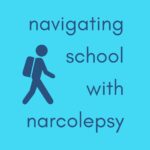 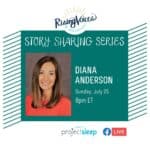 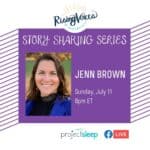 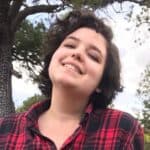 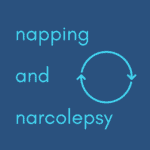